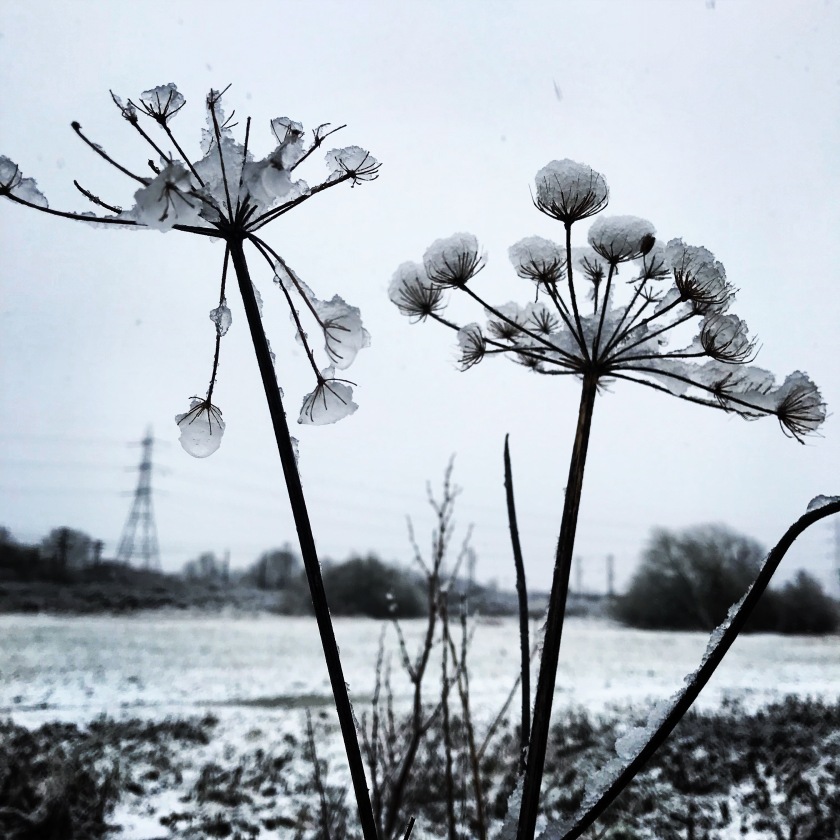 From the rich promise of spring to the waist-high rushes and reeds of the summer, the marsh is constantly changing. Each new season brings a new atmosphere to the marshes, and the Winter is one of the most dramatic. By the winter time the colour has been drained from tall cow parsley and bull rushes. At this time of year they are just long dead seed heads, their last job to lay the foundation for next years bounty. Those seed heads are often lost in early winter when the mists swirl up from the Lea, blanketing the marsh in a thick low-lying shroud of fog. As winter progresses frost starts to take hold, the now decaying seed heads sparkle in the morning sun as if they have been covered in a jewelled death robe. Sometimes, the winter brings snow, and when that happens, the marsh takes on a much wilder character. 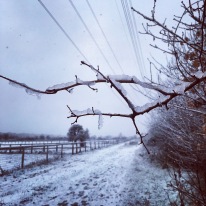 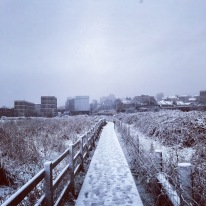 The open marsh becomes almost desert like, the uniform blanket of snow hiding any indication of grass or growth. Occasionally a tangle of roots or decaying stems can be seen trapped beneath the snow, like white veins standing up on Jack Frosts icy skin. Footprints, some human, some not, wind across the expanse of white picking out paths between the slush pools and pit falls that lurk beneath the snow. It’s best to follow the well trodden paths, don’t want to risk being knee-deep in icy sludge, or worse. Stick to the paths, I’ve heard that line somewhere before. 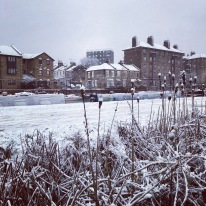 Whilst the open marsh can feel desolate in the snow, the wooded areas are all together more ethereal. Brown oak leaves encased in ice look like diamond encrusted gold as the winter sun tickles them with illusions of warmth. Bare ice clad branches lurch out of the thickets like cold dead fingers grabbing for something, grabbing for you. Snow covered trees silhouetted against the laden clouds look like they are cracks in the sky. Be warned though, as you stand in Horseshoe thicket looking at your snowy surroundings, you may get the feeling that you are not completely alone, and the simple truth is, you probably aren’t

It starts with a distant rustle, the crack of a branch, and then a snort that sends steam billowing out over frozen woods. This is not your imagination, there is something there, and it’s coming towards you. Don’t worry though, these are not threatening beasts, these are the marsh cows, sheltering from the snow amongst the trees. These large cattle with their thick wiry coats seem to look right at home in the snow. With gentle wisps of steam rising from their back, and the occasional snort that sends a flurry of snow flying up from the ground, these animals make the snowy marsh feel more like a farm in the Peak District than the edge lands of East London. 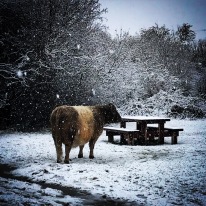 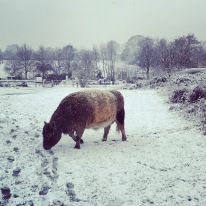 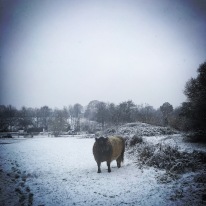 I expect the snow will be gone by the time this is published, the marsh will have thrown off its white blanket and put back on its winter overcoat of browns and greys. Should the snow come back though, put on your winter shoes and go and see the frozen marsh for your self. Feel the snow crunch beneath your feet just like it did when you were a kid, marvel at crystal trees and seed heads that look like diamonds. Seek out the magnificent marsh cows and watch as they plod across the snowy marsh. Enjoy the frozen marsh if it comes back, but be quick, this sparkling white jewel doesn’t last for long.