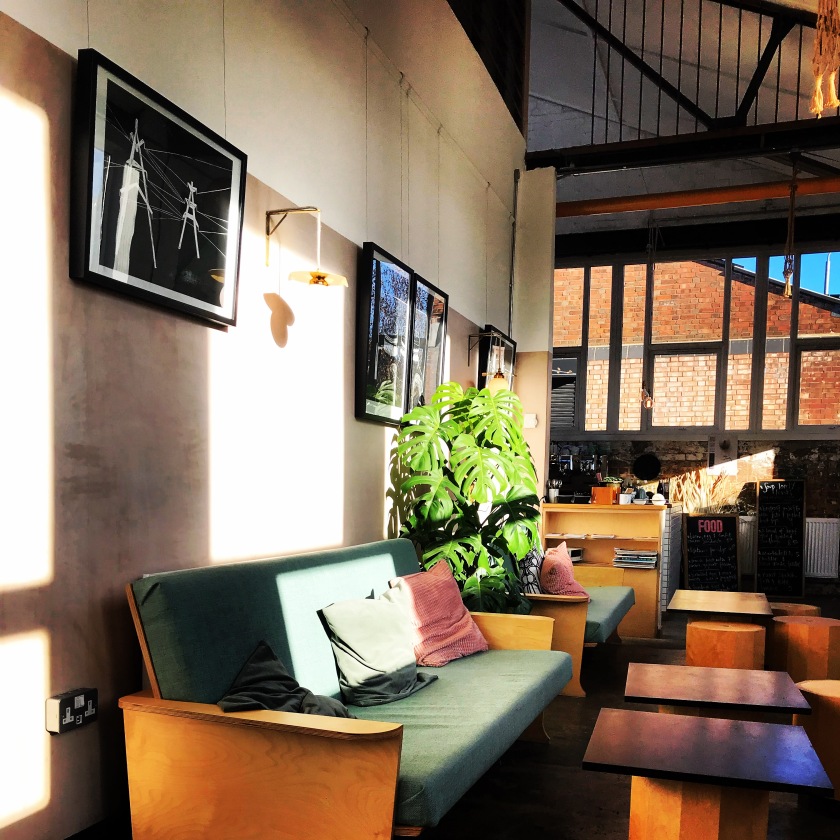 I love dog walks that end up with us popping in somewhere on the way home. In the summer we often end up stopping off at the Coppermill for a pint on the way back from the marshes. Sometimes we drop in to cafe 56 for cuppa and slice of cake. The Chequers is another favourite post dog walk stop off (any excuse). On Sunday after a chilly walk around St James Park and Low Hall sports ground, we popped in to the Lighthaus Cafe for some breakfast. A short diversion was required to get us there, but I’m glad we walked for the extra few minutes and paid this little cafe a visit.

The Lighhaus is just over the border in E10, but don’t worry you don’t need passports to get it. Located on the Argall Avenue industrial estate, you can walk to the cafe from the bottom of South Access Road in about five minutes. Although it’s in Leyton, the Lighthaus has its roots in Walthamstow. Its owner started with Husvagn, a blue cafe caravan that operated on Walthamstow Market. I was pretty addicted to their cinnamon buns, much to the detriment of my waistline. Sadly, Husvagn is no more, but the Lighthaus has picked up where the blue caravan left off, and it’s a pretty cool spot. 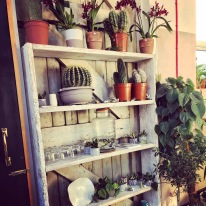 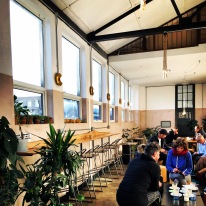 Big windows, that’s the first thing I noticed about the cafe, and boy, do those windows let in the light. Sunlight was streaming in and painting the back wall in the gentle gold of the winter sun. As the sun moved, the projected shapes of the windows framed the art work on the wall, acting like a natural spotlight as the golden glow crept down the cafe, it was quiet beautiful actually. Beautiful is a word that applies to the entire space. With its high ceilings and bespoke furniture, the interior of the cafe is really rather special. 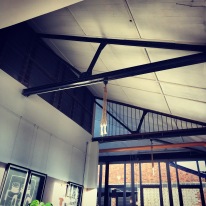 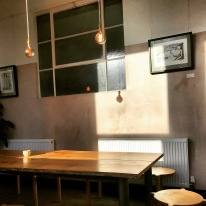 As it’s a cafe we didn’t go there to look at the furniture, regardless of how great it was, so how was the food? I ordered a bacon & egg sandwich with tomato, which didn’t disappoint. The bacon was just the right side of crispy, and the egg was perfectly done, which for means perfectly runny. Although I didn’t try it this visit, I did see other customers having the French toast with banana, yoghurt, and bacon, which looked absolutely incredible and gave me proper food envy. My sandwich was £5.50, the amazing banana toast was £7.50, and I saw a beef stew on the menu for £8.50. And of course, I couldn’t visit without having a cinnamon bun, which was just as good as I remember them. 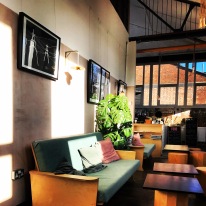 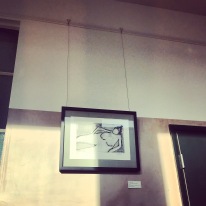 I was really impressed with the Lighthaus. It feels like the owners have put in a lot of thought and effort in to the space. The food was great, the staff were friendly, and they let dogs in, which again is great for me. Don’t be put off by the E10 postcode, it really is just a few minutes walk from St James Park. The Lighthaus is open Tuesday – Friday 8:30am – 5pm, and weekends between 10-4. If you haven’t been, pay the cafe a visit, you won’t be disappointed. 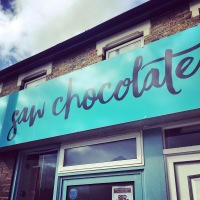