There’s something about spending a Sunday afternoon in the pub that feels right. They just go together don’t they? A bit like bread and butter, or salt and pepper, pub and Sunday just belong with each other. There is no finer way to spend a blissful few hours than sitting in the local sinking a couple of pints. Sunday afternoon pub visits are like food for the soul. They celebrate the weekend and cushion the incoming blow of Monday. Am I sounding a bit whimsical? Probably, but then I am just back from the pub and I’m feeling a bit, you know, I love you man. The pub I spent this Sunday afternoon in was Pepper’s Ghost, which is just over the border in Leyton. It’s new, and it’s a cracker.

Pepper’s is on the Leyton side of Bakers Arms, just a few minutes walk from the bottom end of Hoe Street. In its former life the pub was called Shoe Laces, not to be confused with Boot Laces which is still open on Lea Bridge Road (what’s with all the laces). I only went in to Shoe Laces once, I don’t remember much about  it, but I remember enough to know that the pub has had a significant amount of work done to it. New floors, furniture and lighting have been installed, in fact, the entire interior has been replaced, and it looks great. A mix of large tables, high counters, and smaller tables fill the bar, but they aren’t crammed in, there’s lots of space to move around, which I liked. There’s a good selection of booze behind the bar, including some decent real ales. I had the Howling Hops when I was there on Sunday which was a very good pint indeed.

Atmosphere is really important for pubs, atmosphere can make or break a place. Sometimes when pubs are refurbished, they can lose their atmosphere, but Pepper’s hasn’t. It feels like a pub that is happy to be just a pub. Yes it does food, and the food looked fantastic, but mainly it’s a friendly local boozer. It’s also a boozer that puts it’s left over roast spuds and Yorkshire puds on the bar at about 7pm on a Sunday. If that doesn’t make you happy, then I really don’t know what will.

Something else that Pepper’s have got right is cleanliness, the pub is spotless. Have you ever heard the phrase, if there’s time to lean there’s time to clean? I would say this is probably a motto that the landlady of Pepper’s lives by. Empty glasses are cleared away straight away, and tables are regularly wiped down. When we arrived on Sunday, the first thing the landlady did was come and clean our table. I know that doesn’t sound like a big thing, but it’s nice not to share your table with the remnants of someone else’s afternoon out.

Pepper’s is a lovely pub, It’s comfy, clean and welcoming. There are good beers, good food, and a good mix of people. OK, so it’s not in Walthamstow, but for those of us living near the Lea Bridge Road end of E17, it’s actually closer to home than some Walthamstow pubs are. If you fancy a Sunday afternoon at Pepper’s Ghost, or any other afternoon for that matter, you’ll find the pub at 777 Leyton High Road. For opening hours and menu, check their website. 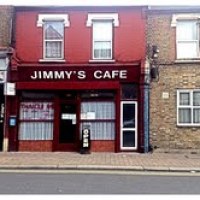 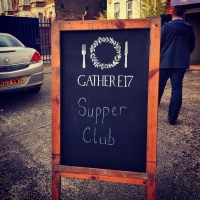