When I first moved to Walthamstow I really didn’t like the market. It was always too busy, there were always people in my way, there was nothing I wanted to buy and I hated the rubbish left on the High Street at the end of market day. In short, I was too pre occupied and too  busy rushing around to properly look at the market. Instead of going with the flow of the High Street on market days, I was fighting against it, doing battle with stalls, shopping trolleys and meandering shoppers. I tell anyone that would listen to avoid the High Street on Saturdays, It’s a nightmare on market days I would say, an absolute nightmare. My opinion of the market started to change when I stopped fighting it, instead of trying to bulldoze my way through it, I joined the herds of meandering wanderers. Slowly but surely the market started to work its magic on me.

I had an extended walk down the market yesterday, I say extended because I stopped off at the Chequers on the way home to watch the Rugby. I’d been up to Hoe Street so my journey through the stalls started right at the top of the High Street. The market welcomed me straight away with the smells coming from the chicken and rib rotisserie stall. Even though it was a cold grey February day, there were still a few people sat on the rickety wooden benches having lunch. I’ve often sat in the same spot and watched the world go by as I work my way through a chicken baguette. Walking past yesterday I regretted having soup for lunch at home. I engaged my will power, ignored the amazing smell that was tickling my nose and headed in to the crowds and noise of the market. 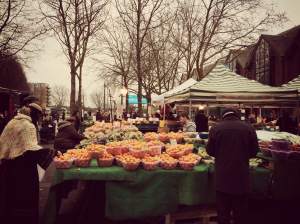 On my left hand side I could hear the familiar call of the traders on the big fruit and veg stall near town square. Have a look, have a look, they were shouting. One customer was doing just that, she had picked up two bowls of fruit and was trying to work out which had more in it. The stall holder was telling her they were both the same, but she wasn’t convinced. Their conversation and the call of the other traders started to blend in to each other, the backing track to Walthamstow began to fill my ears. A mix of laughter, shouting, different languages and the never-ending march of feet. It’s almost as if there was a sound engineer tweaking the controls of the market sound desk, turning some elements up and others down. The cry of a trader shouting “Pound a bowl” filled the air, but it soon faded and was replaced by a child crying, which was replaced again by laughter. Layers of sound on top of each other, continually keeping silence at bay.

This is what I love about the market, the sights and sounds and atmosphere. Stalls groaning under the weight of fresh fruit and veg. Towers of saucepans, heads sporting hats but missing bodies, detached legs wearing stockings, and Miss Havisham type net curtains flapping in the breeze. People stream along the High Street like a fast flowing river, the stalls like boats clinging its banks. Olives are bought, sweeping brushes are inspected and pounds are exchanged for bowls at a rate of knots.  The market is alive, it feels like a living breathing thing, unlike the sanitised super markets that have tried, but so far failed to take its place. Nothing can stop its ebb and flow, well, almost nothing.

On my wander yesterday I met my brother-in-law at the Chequers to watch the rugby. I emerged back out on to the market just has darkness had fallen, and darkness is the beast that the market can’t fight, as night fell the market retreated. The crowds had all but gone and the market was vanishing before my eyes. Stalls and goods were being sucked in to the back of vans, only piles of cardboard and empty boxes indicated that the pitches had been occupied. The noise that had been bouncing off the walls before was now gone, the market had been disappeared and its soundtrack stopped. For me the market is a bit like the beating heart of Walthamstow, doing its best to keep the High Street alive. Its a place to eat, a place to buy veg and handbags and tracksuits, and its a place to rub shoulders with the rest of the world. long may it continue. 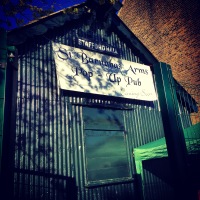 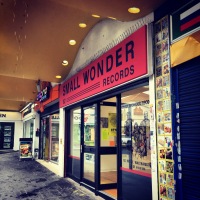 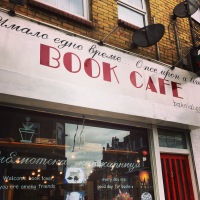