Until Friday I hadn’t really given the Mini Holland project much thought. I knew about it, I knew it was about cycling and I knew a trial period was coming, that was pretty much the extent of my knowledge. I was away with work at the beginning of this week, so I paid less attention to the impending start of the trial than I probably would have done if I’d been at home. In short, I didn’t really have any strong opinions about the project, I thought it was probably a good a thing, and that was as far as my thinking had gone. On Friday though, Mini Holland came kicking and screaming to life, suddenly it seemed to be the single most important thing happening in Walthamstow, and it became pretty unavoidable. 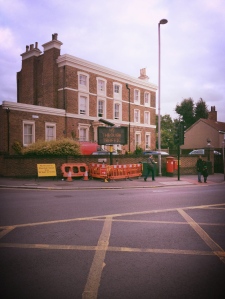 I had walked past the sign on Hoe Street warning of road closures in the Village a few times, and I was out on Orford Road for a drink on Thursday, but twitter gave me my first real (virtual) exposure to Mini Holland. Or should I say, it gave me my first exposure to what people thought about Mini Holland. A lot of People had very strong opinions about the project, and blimey, they seemed to be very angry. As I read through my time line I could see tales of traffic chaos, gridlocked roads and businesses worried they would have to close. It reminded me of a book I had when I was a kid, the book was called Chicken Licken. The story is about a chicken who is convinced the world is ending, and on Friday night, thanks to Mini Holland, it did seem like the sky was falling. My problem was, I still didn’t have an opinion about it, so I did what I always do, I asked the internet about Mini Holland, because the internet often knows the answer.

In brief, the Mayor of London ran a competition for London boroughs to bid for money that could be used to transform town centres in to areas much more suitable for cycling. Walthamstow won some of that money for its Mini Holland Proposal. The project aims to create safer cycle routes through Walthamstow to other areas of the borough, build a cycle super highway along Lea Bridge Road and to radically change road layouts in central E17 in order to prevent rat running. It is the change of road layouts that is being tested in the Village for the next couple of weeks. After my brief bit of internet research on Friday I had another look at twitter, and it was still in a state of melt down over the project. There’s only one thing for it, I said to the dog, we’ll have to go and have a look at this tomorrow.

As we wandered towards the small closed section of Orford Road we saw a few drivers who seemed confused and unaware of the road closure. This did result in some vehicle ballet as they tried to turn around and find a new route. I wouldn’t call it chaos, but it did cause a little congestion at the junction of Orford Road and Wingfield Road. We sat for a while outside the Village Bakery and other than a few lost drivers, it didn’t seem like Wingfield was any busier than usual, of course, I don’t live on that road so I could be wrong. There were more people out and about than usual, but I expect that’s because they were having a nosey the same as us. Walking through the closed off section, I can honestly say that I liked it. The big benches outside the cafes and restaurants and lack of cars made this section of Orford feel more like a town square than a road. I saw a couple of cars and a white van drive through the barriers but the stewards seemed to do a great job of explaining to them what was happening and getting them off the closed section. It did seem a bit of a risk though to still have the W12 bus running along the road. With no cars it is easy to take your eye off the ball and forget that buses are still driving through which could be dangerous, especially for kids.

At the top end of the closed off section is a great bike rack in the shape of a car, again a temporary feature for now, but a nice addition to the project and a reminder of how many bikes can fit in the space taken up by one car. The closed off area of Orford road is very short and ends before the Village Kitchen. From what I could see there was still plenty of parking on the road at the top end of Orford Road which is important for those that need to drive. We chatted to a number of people as we walked around the roads effected by the scheme. A mix of residents and non residents, and their opinions about the project were mixed. Concerns around disabled access, bus routes, access for delivery drivers and many worried that journey times for car users would increase. Some were also worried that restricting vehicle access to the Village would do irreversible harm to local businesses and make the life of residents difficult. A major concern was about traffic volumes on the surrounding main roads, people worried that traffic would increase on the likes of Forest Road and Hoe Street because vehicles couldn’t drive through the Village. And that is a very real concern, if traffic increases in other areas then the problem is simply being moved from one place to another. There were also people who were very positive about Mini Holland. Residents who were looking forward to lower traffic levels on their streets, and safer streets in general. I also chatted with a couple of business owners who didn’t think the scheme would put customers off, they thought the safer and quieter roads would encourage more people to visit. This is such a massive project, and there are so many factors to be considered, I can see why people were getting angry and passionate about it on twitter. Even after my wander I still don’t know if Mini Holland is a good thing or a bad thing. But I think it is worth giving it a shot.

It’s a bit of a complex one this isn’t it? There are too many cars on the roads, and in built up areas like E17 building more roads isn’t possible. Something has to change, and that change is going to need to be radical. Often change is painful and requires a degree of trial and error to get it right. And change as significant as this scheme does need to be right for everyone, Village residents, drivers, cyclists, walkers, businesses and the wider population of E17 all have a stake in this. I think it will be interesting to see how the project works out, it could be brilliant or it could be a disaster, the only way we will know is by giving it a chance. Whilst I don’t yet have a firm opinion either way about Mini Holland, one thing I am sure about is this. Mini Holland isn’t about the Village and making it more exclusive, it isn’t even just about cycling. This project is a starting point to finding a different way of using and managing our streets. It is far from perfect, it is far from finished, but it is needed. Change is coming and hopefully this project gives us all the chance to help shape it. 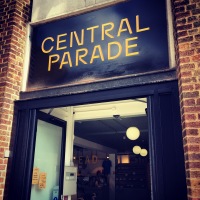