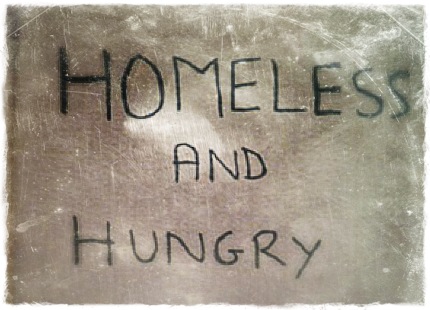 Most of us have worries, from bills and money to kids and jobs there are a myriad of things that can play on the mind and keep us awake at night. Much of what we worry about relates to situations that we have no control over, like rising rents or a salary that refuses point blankly to increase. Sometimes those things that we have worried about happen and jobs are lost and rent doesn’t get paid.  When life is spiraling out of control and the big worries have already come true what’s left to worry about? Socks, at least that’s what one E17 resident worried about “I fantasized about clean socks, finding clean socks became a major focus of my life” the resident in question doesn’t have a sock fetish, but during the time he lived on the streets of Walthamstow clean socks became very important.

James contacted me after reading a post on Walthamstowdiary about the night shelter. He was homeless and slept on the streets for four months. He describes his experience as The Sinking “One thing went wrong and I got that sinking feeling in the pit of my stomach, after that I made every bad decision I could make and the sinking feeling spread from my stomach and took me down with it” He lived by himself in a small flat in the Bakers Arms area of E17, when he was 19 the recession hit and he was made redundant. He applied for work but, as he puts it he “didn’t get a look in” Within seven months of loosing his job he’d hit the bottle hard, got into massive amounts of debt and been evicted from his flat. For a while James was a sofa surfer, splitting his time between friends who let him sleep on their sofa or in their spare room a couple of nights a week. The heavy drinking continued and when he stole from a friend to pay for booze the offers of sofas started drying up.

“I was sleeping in doorways, behind bins and in parks. But I wasn’t shocked or surprised to find myself sleeping rough, it just felt like the next logical step in the complete mess that was my life. I wasn’t thinking about how to get off the streets, I had become part of an invisible society that people don’t really see. I was a piece of street furniture with no ambition to be anything else. This was my lot and I was stuck with it, I saw no point trying to change anything. The soup kitchen and drop in centres provided my only real contact with people and my only source of warm food. If I had money I would generally spend it on cheap booze, then spend all night coming up with schemes to help me be first in line when the clean socks were handed out at the drop in centre. Putting on clean socks was a luxury and I obsessed about it”

His life took an unexpected turn when he bumped in to a former friend on Walthamstow High Street. The friends flat mate had just moved out and he offered James the spare room for a couple of days “I don’t know if he felt sorry for me or just wanted company, honestly at the time he offered I didn’t care, I just wanted to get inside” The few days turned in to weeks and the weeks turned in to months, with the help of his friend James got himself back on track and before long had a new job. He is now paying rent in the flat he still shares with his mate.

“It’s not like the films, I didn’t see a beautiful sunrise and suddenly find the energy to fix my life, nor did Julia Roberts gallop into St Jame Park on a white horse, sweep me up off a bench and install me in a penthouse. I just bumped into someone who offered a helping hand and that’s all I needed to get myself back together. looking back I realise I could have stopped myself from sinking, but at 19 I was completely overwhelmed by everything that was going on”

I spoke with James a while ago but I was reminded of his story when I read an article about a new scheme being run by homeless charity Centre Point. They are trying to encourage residents of Waltham Forest to offer a temporary home to the area’s young homeless. The scheme offers the same level of training that is provided to a foster carer so this is much more than simply providing a roof. My conversation with James proves that a scheme like this, the offer of a place to stay and support can really make a difference to someone. The question, is this something that I could do? Turning up at the night shelter once a week in the winter is one thing but offering someone a place to stay is an entirely different proposition. I’m going to investigate further and if I do get involved I expect I’ll be writing about it. If like me you want to know more about the center point scheme you can start by clicking on this link. 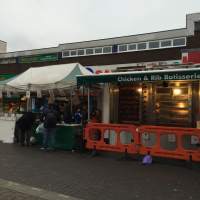