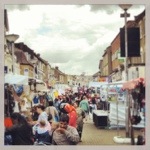 On Saturday afternoon I made the mistake of popping into Asda on the high street, it was horribly busy and I only lasted a few minutes before giving up and escaping through the nearest exit. In the short time I was in the shop my ankle had been attacked by several shopping trolleys, if I’d had a stress-o-meter it would have gone up several notches. Noticing that shopping rage was starting to set in, my other half suggested stopping off for a tea on the way home so a few minutes later we were enjoying the sun outside Ricco’s coffee shop.

The tea worked its magic and before long I was sitting back watching the world go by listening to the different conversations taking place around me. As I listened I became aware of all the different languages I could hear. From the Husband and wife behind me talking about the best place to buy clothes pegs, to the large group of men talking about something in what I think was Polish. As the voices mingled together and their sound drifted down the high street to join the Saturday market buzz, I started to wonder how many different languages the collective voice of Walthamstow is made up of.

Looking through the census records and other publicly available sources I started to find some information about who makes up our population and which languages are used. In recent years the highest numbers of arrivals to Waltham Forest have been from Poland, followed by Pakistan and Lithuania. The most widely used languages outside of English include Urdu, Polish, Turkish and Bulgarian.

What impact, if any, do these different languages have on each other? After some digging around on the internet, I found information about a nine month research project that was carried out in Tower Hamlets. The research showed that words and phrases from other languages have started making their way in to everyday conversation. The study found that young people have begun to use phrases and words learnt from their friends, such as the Bangladeshi word “Nang” which means good. I suppose this also happens in reverse, my polish neighbour calls me geezer and dude which I’m pretty sure are not traditional polish terms.

Language has always evolved; the English language has changed a great deal since Shakespeare penned Romeo and Juliet. Cultural melting pots like Walthamstow are where this evolution begins. I like the diversity that the different cultures and languages bring to E17, having the world on your doorstep makes things interesting. Of course not everyone feels the same, the EDL march in 2012 proved that, but it also proved something else, there are many nations represented in Walthamstow and on the whole we are united in one aim, making somewhere safe that we can call home, regardless of which language you speak. 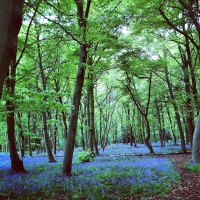 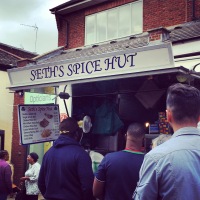 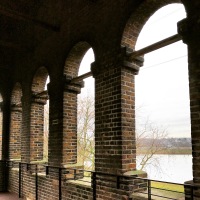