Earlier this year Walthamstow Market announced that the St James street end of the market would be regenerated in a project which would see new traders invited to set up on the lower end of the High Street. In particular craft stalls, street-food and purveyors of vintage were encouraged to become part of the new hub. This end of the market had been in decline and shrinking for some time so the news of regeneration was nothing but good.

The newly named Saturday at St James Street opened on the 31st of March with sixty new stalls that stretched down the High Street from Buxton Road to Pretoria Avenue. The weather wasn’t great on the first day and we had family staying with us that weekend, but we bribed my cousin’s son with promises of toys and set off to see what this new enterprise was offering. We were nothing but impressed, the variety of stalls was fantastic. We purchased our little visitor a train which kept him occupied, strolled through the crowd and browsed the goods on offer. Loving food as I do,  I was particularly taken by the stalls nearest Pretoria avenue which offered a wide range of goodies from curried goat to enormous slabs of cheese cake. There were also olive stalls, plant sellers a couple of up-cyclers and a fair number of craft and vintage stalls. All in all it looked like a promising start to the new market. We ended our visit with a tea at Riccos then had to head back home as the little boy was fit to explode with excitement and wanted to play with his new toy.

We’ve been back to Saturday at St James a number of times since then, in fact we probably stroll through or past it on most Saturdays. It remained strong for the first few weeks but over time the number of  stalls has been decreasing and visitor numbers reducing, though I’m not sure which happened first. What caused the decline?  is it lack of advertising? or perhaps lack of support from us shoppers. A number of stall holders dropped out not long after the first weekend which probably didn’t help. What ever the reason it seems a real shame that we had something new, something that should have suited Walthamstow well but seems to be going the way of the Dodo.

Over the past couple of months I’ve often said to my other half that it’s a shame the number of stall holders has reduced. Even when saying it I have been feeling secretly guilty that although we had browsed we hadn’t actually purchased anything, we had done nothing to encourage the traders to stay.  We decided to change that and participate instead of standing by and complaining. For the last few weeks we’ve made an effort to buy some of the things from the market that we would usually buy from bigger shops. There are a few gems left, curried goat is still available, today we tried Dee’s kitchen for lunch and the curry didn’t disappoint. There is also a spectacular food stall called Artisan Foods which sells a mouth-watering range of cakes and pastries, I find it pretty impossible to walk past now without buying anything.

If you havent visited the remaining stalls yet it is worth the trip. The old saying is true, if you don’t use it you’ll lose it, and  it would be a real shame if we lost this section of market. 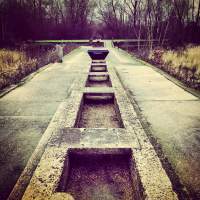 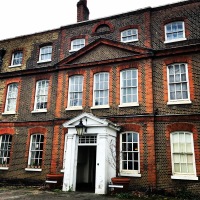 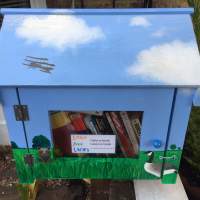